To be a fly on the #Brexit wall

The Pound Moved 15% Intraday with the Brexit news… and we at Call Levels saw every tick of it as it happened.

We had thousands of alerts triggered within a minute of the news occurring, and many users were notified in real time, and continued to see their levels hit. A lot of work was done to ensure everyone was notified as quickly as possible. 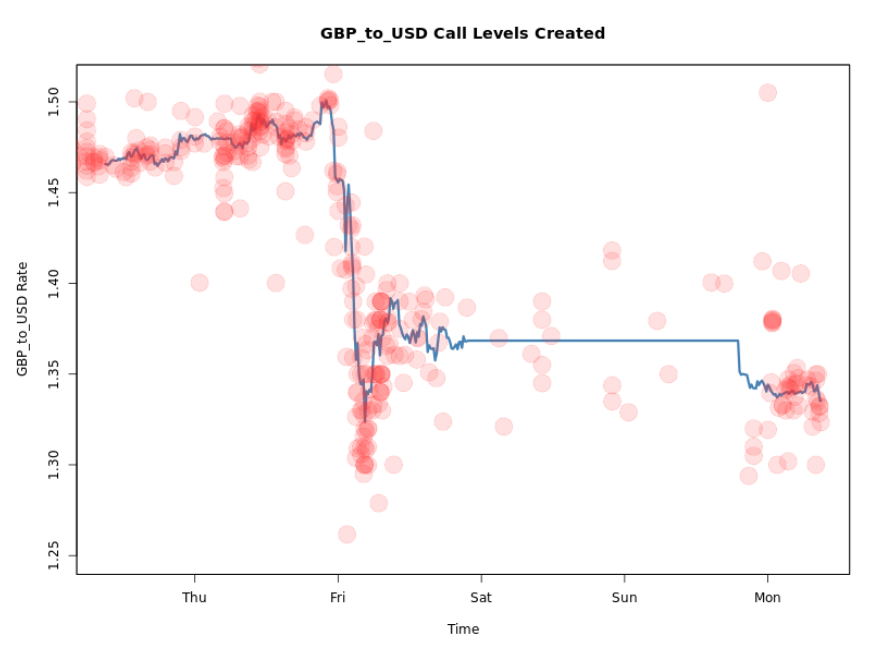 We started seeing downside in the Pound late Thursday, but attributed it to headline jitters, there were many users who continued to see short term upside as the referendum in London edged towards “Remain”.

Little did we know that the 1-2% upside expected in the Pound would reverse to a 15% downside drop by the end of the referendum, with the “Leave” camp edging over “Remain” by almost 4%. Call Levels users continued setting downside on the Pound, with a large interest towards 1.30, and also to 1.25. The distribution of Call Levels indicates a focus on the Pound’s downside in the near future, with 90% of users creating alerts in the 1.25-1.30 region.